AGENTS, BUSINESSES, FROM OUR FOUNDERS

7 Things You Should Know About New EMV Chip Credit Cards

7 Things You Should Know About New EMV Chip Credit Cards 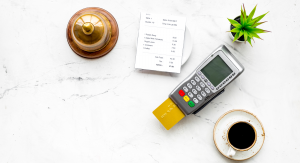 With the October 1 deadline for retailers to adopt chip-and-PIN (also called “chip-and-dip”), or EMV, credit cards upon us, some things are going to be a little bit different at the cash register. Here’s what you need to know.

1. Chip-and-PIN cards are the gold standard of payment systems.

Partly because of the cost of implementation, U.S. retailers have resisted adopting EMV credit cards, which use silicon computer chips instead of magnetic strips to hold information. But like the metric system, they’re pretty much better in every way. Most EMV credit cards use a four-digit PIN to verify your identity instead of a signature. This provides much better security, since people at the cash register are not handwriting experts and rarely bother to ask for ID.

2. The chips will prevent fraud from in-person transactions.

3. Your fraud liability is the same, but your retailer’s isn’t.

As with swipe cards, if fraudulent charges show up on your bill, you’re still responsible for no more than $50. But as of October 1, if a retailer fails to upgrade from the old technology to the new and something happens, they’re on the hook, not your credit card company.

4. You’ll still have to sign your name when you use your card—for now.

If for whatever reason you don’t like the idea of inputting a PIN, you can still use a signature with a EMV credit card. However, since signatures aren’t as secure, you should probably use the PIN. If you mourn the death of handwriting (who doesn’t, right?), take up calligraphy!

5. Don’t worry if you don’t have a new credit card with an EMV chip yet.

It’s not your responsibility to get a new card. In fact, that Oct. 1 deadline isn’t even for you. It’s just a date the credit card companies made up to pressure retailers into adopting the new credit card machines so everyone could move to the new system. Credit card companies want to implement it sooner rather than later, because it helps prevent fraud that costs them money. Experts currently estimate that half the retailers in the U.S. will have EMV systems in place by the end of the year.

6. EMV chip cards can still be swiped if necessary.

When you get your EMV card, you can use it anywhere, including Europe, where dipping machines rule over swiping machines. But if a U.S. retailer doesn’t yet have a new machine, you can still swipe because EMV cards also have magnetic strips. Gas stations, which have until 2016 to implement new tech, will hold out the longest. So if you find you miss swiping, go get some gas!

7. This probably won’t affect you very much.

At the end of the day, none of this should really affect you unless you run a retail store and have to buy a new machine. If you don’t already have a new card, it’s probably on the way. Meanwhile, you can conduct commerce as usual.

One thing you should keep in mind, however: Security experts expect that closing this door on in-person credit card fraud will jumpstart online credit card fraud, as it did when the U.K. made the EMV transition in 2006. So keep an eye on your statements for online fraud. It may get worse.

Why Settle for Hot Dogs When You Can Have Steak?

The Down Low On Cash Discount

Keep up to date on the latest from
#TeamRev19 and industry news.